Cryptocurrency Mining: An Explanation of the Process and Its Environmental Impact

The Mining of Cryptocurrencies

Mining is the process of solving complex mathematical problems utilizing powerful computer hardware such as graphics processing units (GPUs) or application-specific integrated circuits (ASICs). Once the math problem is solved by a miner, they verify the transaction and receive a reward, this is known as proof-of-work.

When a miner solves a challenge and confirms a block successfully, they are awarded a tiny amount of cryptocurrency. The mining process is intended to be self-sustaining, by compensating the miner for the cost of their mining gear.

One of the main concerns regarding cryptocurrency mining is its possible environmental impact. Mining takes up a significant amount of electricity, and some individuals are opposed to mining because they believe that electricity is created using fossil fuels, which contributes to climate change. Furthermore, due to the materials and energy used in the manufacturing process, the production of specialized mining hardware might have an environmental impact.

According to a University of Cambridge research, the energy usage of the Bitcoin network alone is similar to that of Argentina. While this is only one cryptocurrency, it demonstrates the substantial energy requirements of cryptocurrency mining.

According to the opposing viewpoint, crypto mining is a crucial aspect of Bitcoin, and securing and preserving the network through mining has a greater positive impact on humanity.

There are various aspects that contribute to cryptocurrency mining’s energy consumption. The rising difficulty of the mathematical problems that must be solved is one of the major factors. As more miners join the network and the rivalry for rewards grows, the problems become harder to solve, necessitating more powerful hardware and more electricity.

Another consideration is the mining facilities’ location. In other circumstances, miners may be located in locations with cheap but dirty electrical sources, such as coal-fired power plants. This can add to the environmental impact of bitcoin mining.

Similar arguments are made for the production of electric vehicles. Trucks, planes, and ships use conventional fuel sources to transport the raw materials used to make electric vehicles. It also takes electricity to produce eco-friendly vehicles which also puts a strain on the electrical grid.

Several initiatives are being launched to reduce the environmental impact of cryptocurrency mining. One of the key ways is to power mining facilities with renewable energy sources. Miners are employing solar or wind power in some circumstances to lessen their carbon footprint.

Furthermore, other cryptocurrency networks, such as Ethereum, have switched to a proof-of-stake model, which uses a different mechanism for confirming transactions and uses less energy. This could potentially cut these networks’ energy consumption in the future.

Proof of stake (PoS) is a sort of consensus mechanism that certain blockchain networks use instead of proof of work (PoW). PoS systems need users to “stake” their own cryptocurrency as a source of collateral in order to participate in the validation process, whereas PoW systems require miners to solve complicated mathematical problems in order to validate transactions and collect rewards.

PoS systems are more energy-efficient than PoW systems since miners are not required to perform computationally heavy operations. Furthermore, they are often more decentralized, as they do not provide miners with access to specialized hardware or inexpensive electricity an advantage. However, other forms of centralization can occur in PoS systems, such as when a small number of users possess a substantial amount of the staked Ethereum. Then the network becomes fully centralized.

Another strategy is to adopt more energy-efficient gear. Many firms are developing specialized mining technology that is more efficient, requiring less electricity to complete the same operations.

More crypto projects are adopting a more environmentally friendly proof of stake mechanism. Cryptocurrency is here to stay and signifies the advancement of money and technology. We are in the early phases of this new asset class, and as time passes, new and innovative ways to handle transactions that are not destructive to the environment are being developed. 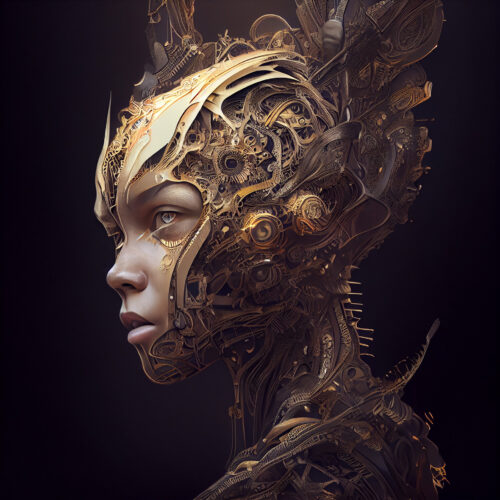